Limited data are available on the long-term effects of contemporary drug-eluting stents versus contemporary bare-metal stents on rates of death, myocardial infarction, repeat revascularization, and stent thrombosis and on quality of life.

We randomly assigned 9013 patients who had stable or unstable coronary artery disease to undergo percutaneous coronary intervention (PCI) with the implantation of either contemporary drug-eluting stents or bare-metal stents. In the group receiving drug-eluting stents, 96% of the patients received either everolimus- or zotarolimus-eluting stents. The primary outcome was a composite of death from any cause and nonfatal spontaneous myocardial infarction after a median of 5 years of follow-up. Secondary outcomes included repeat revascularization, stent thrombosis, and quality of life. 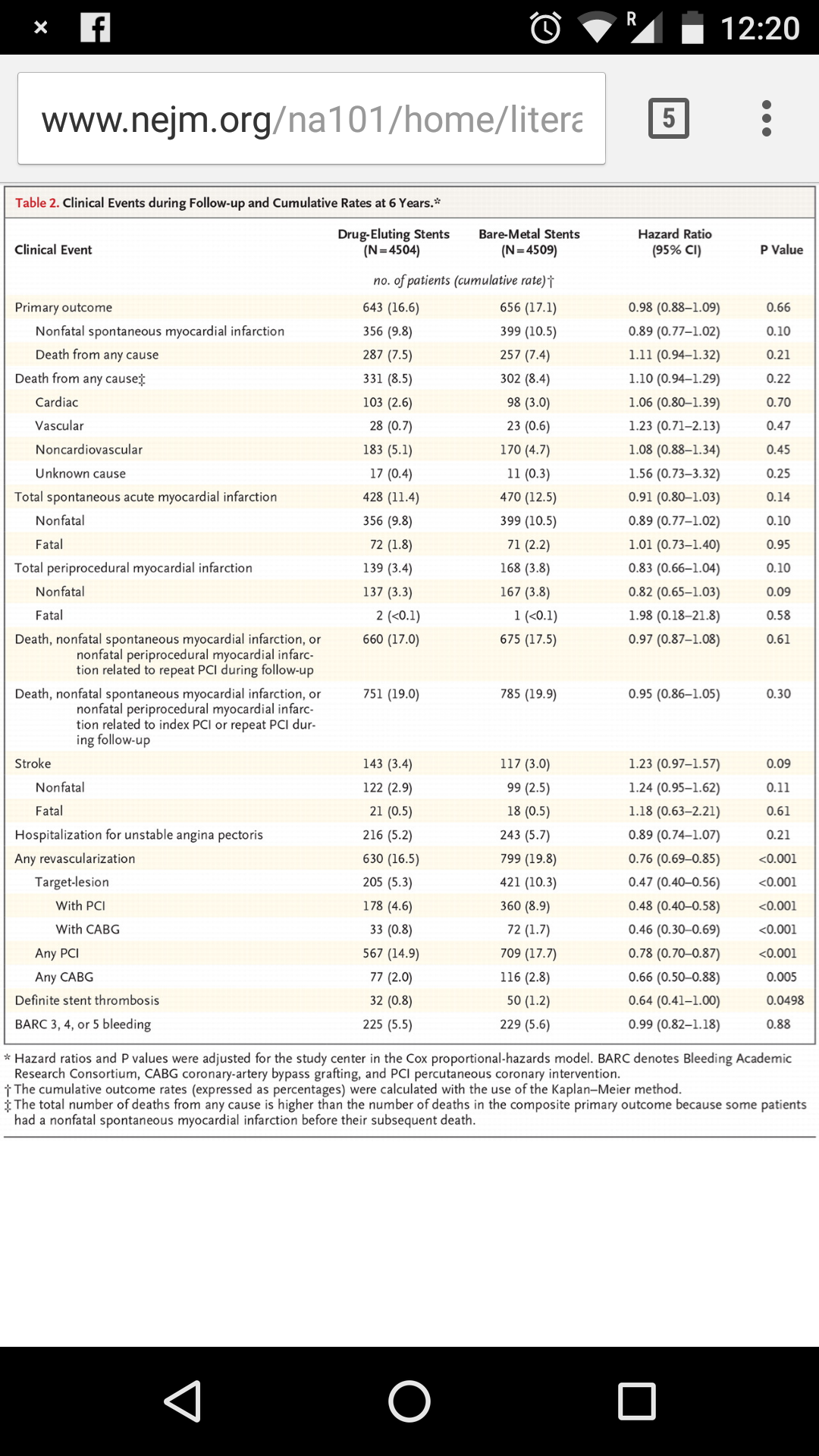 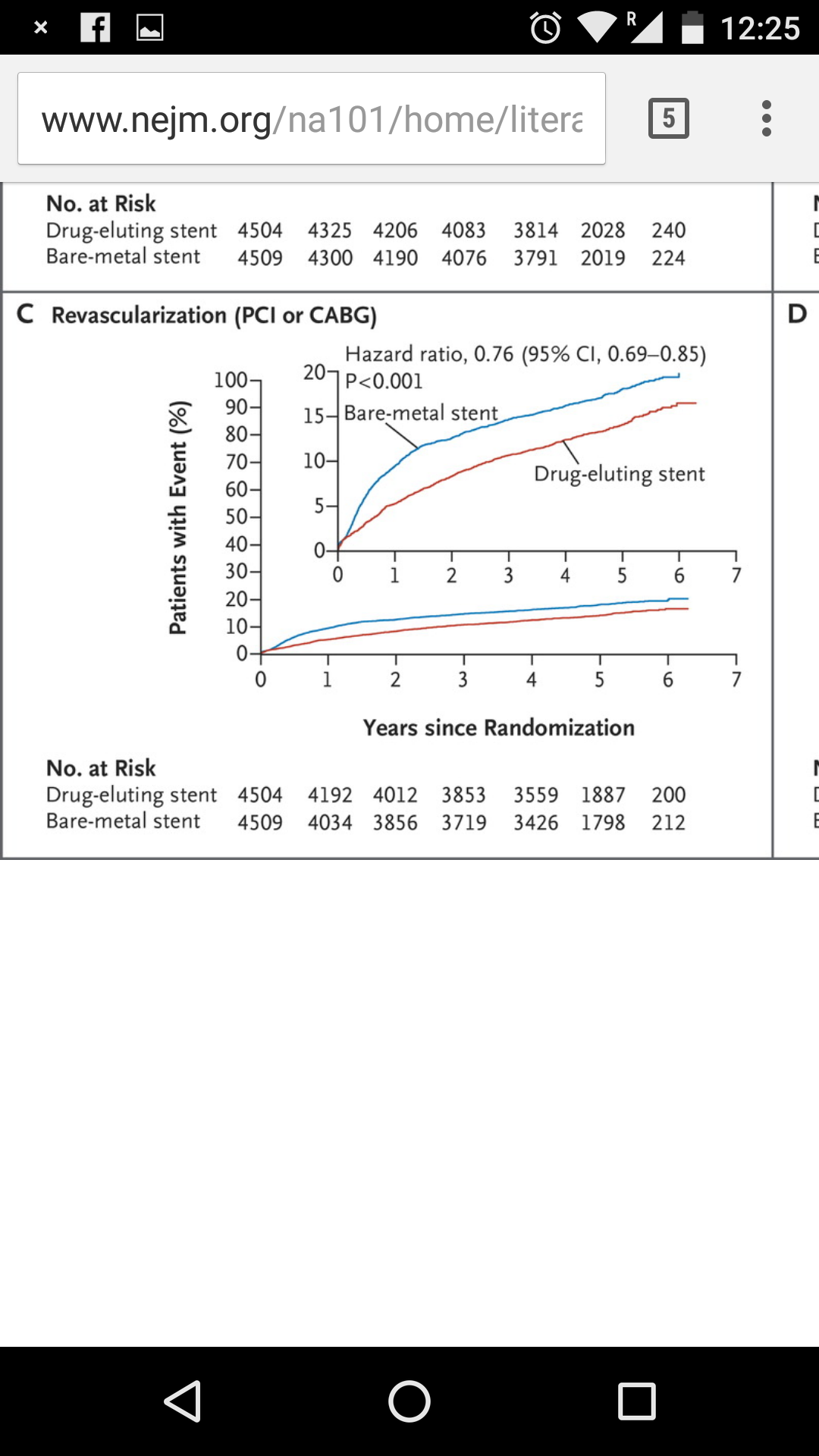